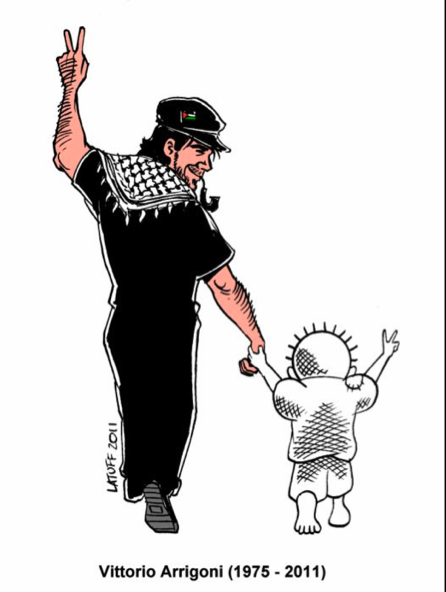 The murder of human rights activist, Vittorio Arrigoni, is a tragedy for his family, for those of us who knew him, and for the Palestinians who loved and admired him. The Steering Committee of Freedom Flotilla 2 condemns this senseless murder and the people who are behind it. They took the life of one of the most passionate supporters of justice for Palestine. This murder is damaging to the Palestinian struggle for freedom and justice as well as our work in support of that struggle.

In his honor, we are naming our next voyage, FREEDOM FLOTILLA – STAY HUMAN.

Nothing that we write can capture the man who was so full of the joy of life, a man with the pipe in his mouth and the captain’s hat always tilted at an angle on his head. The man with the big smile and gentle nature, someone who used his physical strength to hold small children in his arms, sometimes several at a time. His laughter and his last comments every time we saw him will ring in all of our ears as we board the boats to return to Gaza at the end of May.

“Stay Human,” he would say, then grin and clench his pipe in his teeth.

Vittorio had sailed with us from Greece on the first small fishing boat to enter Gaza in the summer of 2008, one of 44 activists sailing to protest the illegal blockade imposed by Israel against the 1.5 million Palestinians living in Gaza. We will do our best, Vik, to carry on the work you have done. The flotilla will return to Gaza in your honor.