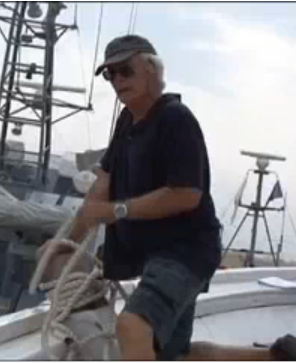 David is a commercial film producer and is 79 years young. He was part of the crew of the Free Gaza on its voyage to Gaza in August and has been part of the crew on two other voyages. He is an explorer, adventurer and has traveled around the world on boats.