The People Want The Downfall Of The Regime

Two days ago, I posted “Time for the PA to go,” very aware that it was a problematic statement coming from a non-Palestinian. I took the fact that only one Palestinian called me out on it while many more voiced approval as a sign of just how uncontroversial such a statement has become. To what extent is it an opinion or merely an observation at this point that the PA does not serve the interest of Palestinians?

What follows are my personal thoughts as someone who’s had the privilege of working in West Bank, including with the PA, for more than 10 years. I apologize in advance for any mistakes or misstatements and welcome any corrections from Palestinians. The real issue is not whether or not Abu Mazen is a good leader (I can’t remember hearing a Palestinian say he is) or whether people who work for the PA are good or bad (I know from personal experience that many are dedicated, hardworking and as frustrated with the current situation as anyone else), but rather the fundamental nature of the PA as a key element in Israel’s broader architecture of oppression, territorial expansion and ethnic cleansing. 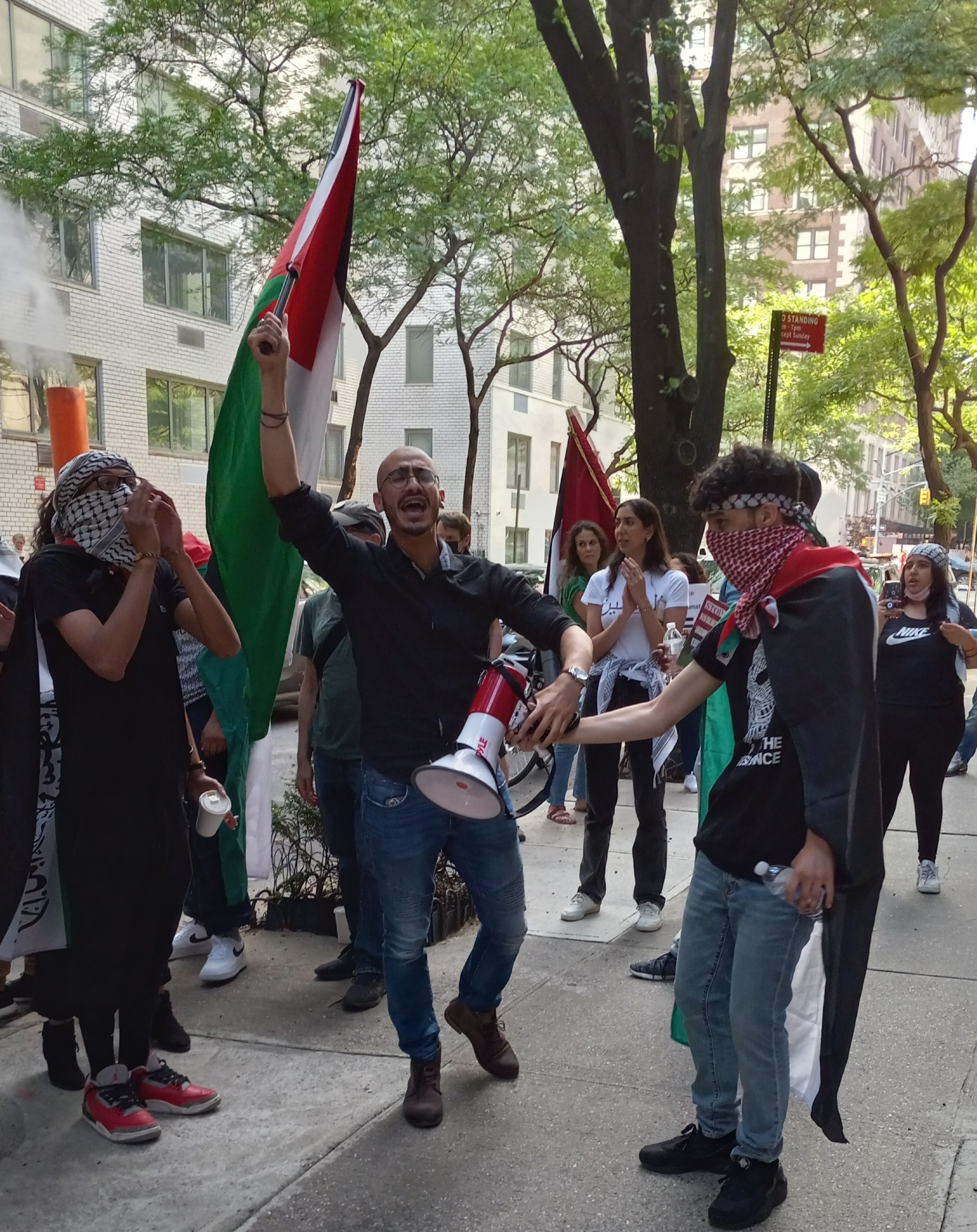 For nearly 30 years, the PA has presided over the destruction of the ostensible goal of Oslo - a viable and independent Palestinian State - offloading the daily responsibilities of Occupation to a controlled local leadership, and maintaining the illusion that Palestinians are self-governing. Instead of a state, Palestinians have gotten a status quo; a status quo that is not static, but merely a cover for the ongoing dismemberment of Palestine and dispossession of Palestinians. I remember a city official in Qalqilya opening a meeting with the words: “Qalqilya is a bottle.” And effectively, due to Settlements, closed military zones, bypass roads, and other mechanisms mobilized by the Occupation, this city of more than 50,000 people is now completely walled off, with a single entrance/exit, that can be closed by the IDF at any time, turning the city into a mini-Gaza.

Everywhere one goes in West Bank, one sees this pattern: Palestinian population centers cut off from one another, unable to access their own water, fields and other resources, and increasingly cut off from any possibility of urban growth - even as Jewish Settlements expand, connect, and improve their infrastructure, thanks to massive support and investment from the Israeli State. And, even where Palestinian cities do expand territorially, municipal authorities are prevented by the Occupation from providing infrastructure and services to the new areas.

The Aida Refugee camp in Bethlehem is now by some measures more densely populated than Gaza and being forced to verticalize as a result of having no room to expand. The IDF literally has doors in the wall around the camp to allow APCs to enter at will, District 9 style. If the Nakba left Palestine divided into four separate pieces (‘48, West Bank, Gaza and East Jerusalem), Oslo has presided over its splintering into many more (I’ve heard the number 16, which sounds about right), which only become increasingly more severed from one another over time. Jerusalem is now completely absorbed into Israel, and the ethnic cleansing of its residents (as we see in Sheikh Jarrah) is well underway.

Area A is up next for formal absorption, with the so-called “Settlement Blocks” already functioning in nearly every way as if they were inside the Green Line (the Green Line being in fact a line only for Palestinians, not for Israelis). Israel will never willingly give up the West Bank Aquifer, the Jordan Valley or the Settlement Blocks and instead proposes “land swaps” (with pieces of the Negev, one presumes?) in compensation. The result of all this is that the so-called “future Palestinian State” is already nothing more than an archipelago of Gazas; walled in, disconnected, prevented from nature urban growth, deprived of as many resources as possible, and completely controlled by the Israeli military, with or without the fig-leaf of the PA.

Officializing this recipe for disaster as a “State” would be to legitimize a crime. Did the world reject South Africa’s cynical attempts to trap its African majority in nominally independent “Homelands” only to let Israel get away with exactly the same trick? The 1947 Partition Plan gave less than a third of the population of Palestine 56% of the land, which was understandably rejected as grossly unfair. Oslo revised that to 22% and today majority population controls about 12%. Even if the 22% promised by Oslo were somehow recovered, it still would be patently unjust.

Israel will never give up control of the borders and key resources. Israel’s Jewish population is likely to decline over time while the walled-in urban ghettoes will only grow. This is the reality within which Palestinians will decide their future. To do nothing is to allow the status quo of ongoing Judaization and “Hafrada” (“Separation”) to advance, making their lives increasingly worse. To accept statehood at this point would be for the majority to accept these disconnected pieces of land, crisscrossed in every way imaginable by Israel, as a final status. To overthrow the PA would likely be to return Area A to a state of direct occupation (essentially its state pre-Oslo, the state of Area C today, or the State of ‘48 Palestine pre-1967, when Palestinians lived under military occupation without citizenship).

What will this future look like for Palestinians? As Arnon Soffer, architect of Sharon’s so-called “Gaza Disengagement,” said in 2004: “…when 2.5 million people live in a closed-off Gaza, it’s going to be a human catastrophe. … The pressure at the border will be awful. It’s going to be a terrible war. So, if we want to remain alive, we will have to kill and kill and kill. All day, every day. … Between 1948 and 1967, the fence was a fence, and 400,000 people left the West Bank voluntarily. This is what will happen after separation. If a Palestinian cannot come into Tel Aviv for work, he will look in Iraq, or Kuwait, or London. I believe that there will be movement [voluntary transfer] out of the area. … And Gaza is going to be such a disaster that it will be beyond our capacity to help. There will have to be large-scale international aid. The US will have to pressure Egypt to cede land.”

Soffer, in a twisted way, was a visionary. A truly humanist visionary, Edward Said, wrote 10 years earlier: “…Palestinian self-determination in a separate state is unworkable, just as unworkable as the principle of separation between a demographically mixed, irreversibly connected Arab population without sovereignty and a Jewish population with it. The question, I believe, is not how to devise means for persisting in trying to separate them but to see whether it is possible for them to live together as fairly and peacefully as possible” (Said 1993).

The question today is not so much whether most Palestinians have faith in the PA or the Oslo process (does anyone think they do?) as whether they are prepared to face the uncertainty, disruption and risk of things getting even worse that ending the PA would bring. This is a question only they can answer. And the crowds in the streets of Ramallah chanting “the People want the downfall of the Regime” in the face of armored PA security forces and violent undercover agents are giving their answer to that question.