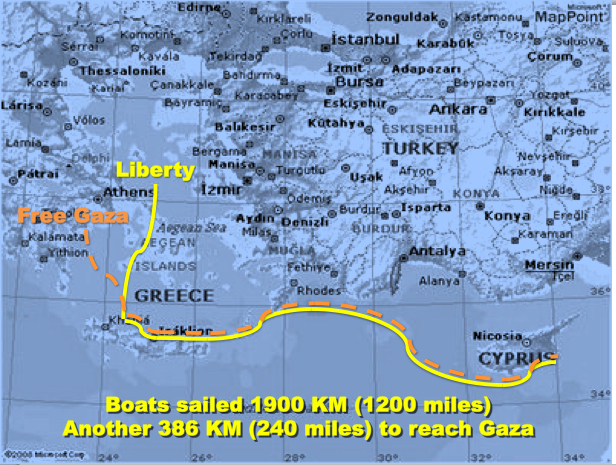 It was the twenty-two-day Israeli assault on Gaza in December 2008 and January 2009 that jolted me into action. I went to Gaza for the first time in late January 2009, ten days after the brutal Israeli attack ended. As a twenty-nine-year U.S. Army veteran, I was stunned by the amount of destruction. The Israeli attack with American F-16 jets, drones, American Apache attack helicopters, American white phosphorus bombs, and American dense inert metal explosive bombs killed 1,440 Palestinians including 380 children. The attack also wounded over 5,000 and left 50,000 homeless.

Entire areas had been systematically smashed with American–made weapons. Housing for over 50,000 had been blown up; people were living in tents and piled into family and friends’ apartments that were very small and already crowded with their own immediate families. The electrical grid, and water and sewage systems had been destroyed. Schools and hospitals were severely damaged. Ambulances were destroyed. Ambulance crews risked their lives to take injured persons out of destroyed neighborhoods by wheelbarrow.

The Free Gaza movement is where a well-coordinated activist challenge to the illegal Israeli siege on Gaza started. In August 2008, the Free Gaza movement began sailing small vessels into Gaza, directly confronting and bringing international attention to the naval blockade that isolated the port of Gaza from international trade for over forty years.

Over the next few months, another four voyages of the Free Gaza movement brought in internationals from around the world, including European Parliamentarians, to see for themselves the devastating results of Israel’s policies in Gaza. The boats also brought in Palestinians to reunite with families they had not seen in decades and took out of Gaza Palestinians who needed medical treatment and students with international scholarships who were denied exit visas by the Israeli government. After the Israeli Navy rammed the Dignity in December 2008 and almost capsized the Spirit Of Humanity in January 2009, the Free Gaza movement decided on another strategy. The idea of sending not just one or two ships, but six or eight ships to challenge the Israeli blockade moved from concept to reality in May 2010 with Freedom Flotilla 1.

The unnecessary lethal force used by the Israeli Navy leading to the death of ten passengers (one American) on board the Mavi Marmara and wounding of more than fifty international activists, resulted in an international firestorm against the Israeli government. The pressure from activists on their governments not to let Israel “get away with murder” had some effect. The Israeli government modified the land blockade, allowing more types of goods and a symbolic increase in the volume of goods that could enter Gaza. However, two years later, it is still inadequate. The Israelis did not modify the naval blockade, ban on exports, or the travel restrictions on Palestinians in Gaza that have continued to make the Gaza Strip a large “open-air prison” for its people.

I was honored to be a participant on the 2010 Gaza Freedom Flotilla and to work with the tremendous Free Gaza movement team that pulled the flotilla together.

In the face of the Israeli criminal actions of murder, piracy on the high seas, detention, and abuse of hundreds of human rights activists, including theft of personal possessions during the May 2010 Gaza flotilla, we have only become more determined. The steadfast commitment of the Free Gaza movement to challenging the Israeli blockade is one of the great historical nonviolent actions by citizen activists, and I am very proud to be a small part of it.

On the tenth anniversary of the first successful sailing into Gaza, the Free Gaza movement will begin posting, over the next seven weeks, some of the back stories of what has happened to the 44 original passengers on board those two small fishing boats. Stay tuned. You will not want to miss these updates.